A Sea of Knowledge 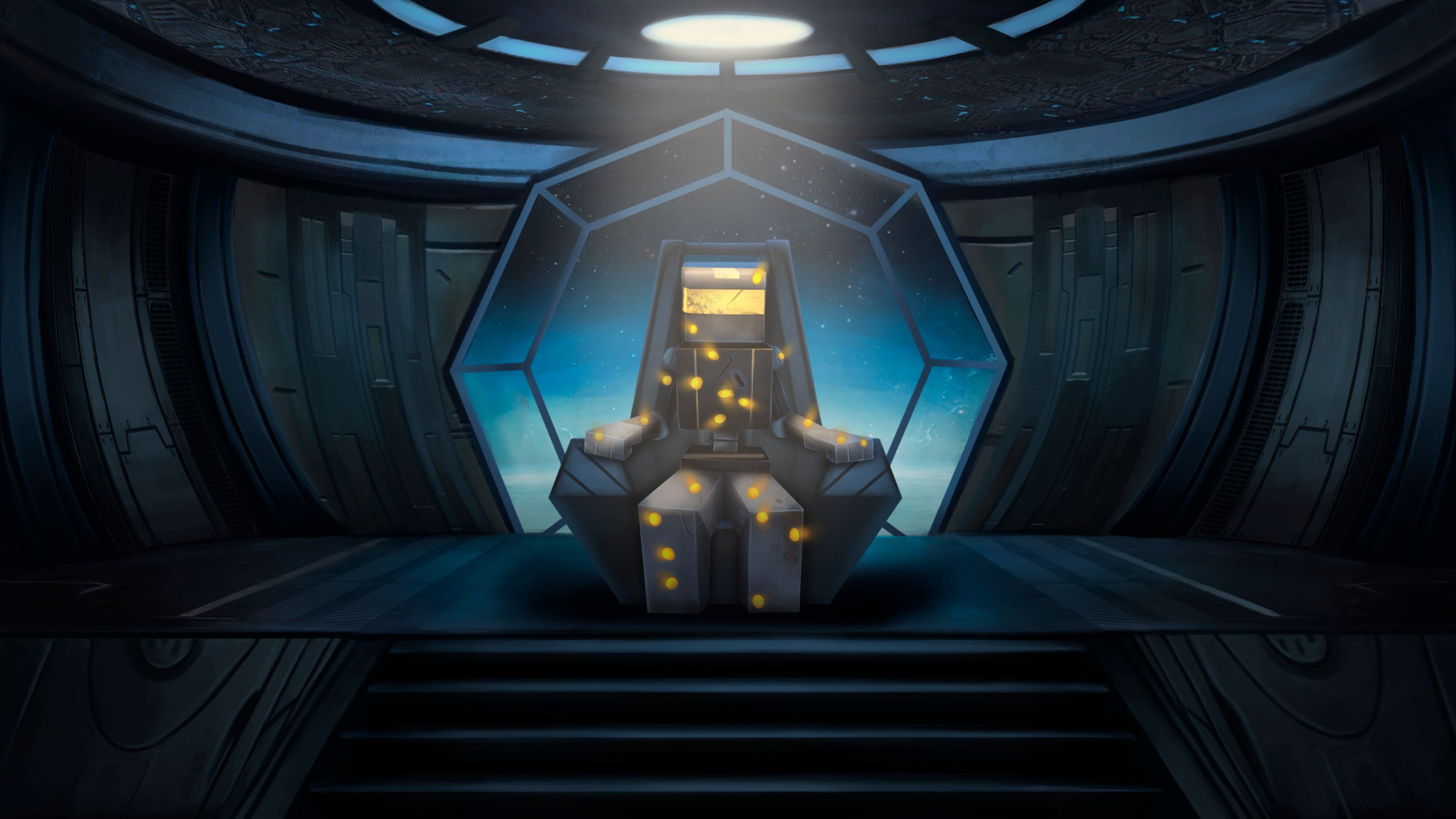 As I settled into my chair, my shell creaked in resistance to my actions. The chair’s rusted metal legs croaked in reply to my weight as I settled into it. My lights which used to be so vibrant now ebbed on dimly, as if my life was coming to an end. That was not my luck though… No, my existence must carry on for some time now. My shell cracked with age, a process that took centuries to happen once one became shelled. I closed my eyes slowly, reminiscing the day The Conjunction first appeared in our sky… A memory that was now burned into my programming.

Up until that fateful day, the Predictor Program had been an utter success. What began as an error in our coding turned into our most powerful advantage. We believe in no gods… After all, there is no scientific or mathematical proof to support them. Despite this painful lack of evidence, the first Predictor seemed almost a miracle of divine intervention; Rone. His name still echoes the corridors of Macro culture, reverberating in the memory of few and serving as merely a whisper to all others. Although he was the first, Rone’s name was not the most important of all the Predictors. No… That honor belonged to another; it belonged to Xo.

Xo began his life long, long after Rone came to be. For so long, Xo was nothing - Merely another Predictor to add to the legions of those who already existed. That all changed when the Battle of Tyr occurred.

“Soon… Soon we will be addressing the enemy we have all witnessed in our minds… The Zaiyou.” Rone paced around the room, speaking with the confidence of a General, “The Conjunction is upon us… You have all seen its glory occupying our skies by now. Twenty of us shall join the soldiers and conquer this moon. We know how this battle plays out - We will taste victory!” With this exclamation, Rone walked out of the battle room. Twenty Predictors gathered their gear and readied themselves near the ships that were set to enter The Conjunction.

Within these twenty chosen ones, Xo stood. He thought himself small in the grand scheme of things, and he was right. Nobody gave Xo a second look, it seemed as if he were invisible amongst the rest. As the ships’ engines lifted it into the air, destiny settled into Xo’s entire being.

The Macro ship entered The Conjunction and Xo immediately felt his body and mind… shift. As he recounted to me once, it was as if he felt his atoms move into place for the first time. While he felt utter euphoria, the others aboard the ship witnessed as his light turned a deep orange and he began to seize, violently thrashing about the ship’s floor. As the soldiers landed on Tyr, they were forced to abandon Xo and address the enemy. Xo stared into Oferion’s eyes, the mighty beast atop the outcropping stared back, piercing Xo’s soul… At least that’s how he tells the story.

Xo says it was at this moment that he first saw the past. Each Predictor did exactly as their title suggested - They predicted events to come. Whatever happened to Xo, it bolstered his abilities. His eyes peered not only into the future, but the past as well.

Xo’s new ability caused him to spiral out of control. His programming was altered, and he began seizing once more. Amidst these seizures, Xo witnessed many millennia before the Macro’s existence, a feat that should not have been possible within the bounds of the cosmos. Xo watched the First Explosion, he witnessed the birth of the Khazal and the particles of dust and pure matter formed into stars. The Universe’s making flitted past Xo’s eyes as if it were merely a film and as he saw the images in his mind, so they would remain for all of time. One aspect in particular of Xo’s vision would terrify him for centuries to come…

He saw the same tear in space that appeared in the sky of Cognitia; The Conjunction. He saw hundreds- no, thousands of them all across the universe. He watched as great species grew on the sands of a planet named Nufeal, as brutish creatures drew breath on a planet mostly made of gas, and as they were all killed off by the Khazal. Xo knew what the universe’s greatest threat was at this moment, and he knew the Macros alone had not a single chance of defeating them. He felt dread, an emotion not programmed into the Predictors, and yet it was certainly there; complete, utter dread.

Xo emerged from his comatose state to be greeted with the opposite of victory. Less than a quarter of those sent to the moon were returning, rapidly accelerating towards The Conjunction without a moment to spare, leaving behind their own. He watched in horror as the brutish creature Oferion howled in pain as a Macro soldier ripped off one of his horns. That same soldier was disemboweled in seconds, and Oferion turned his head to scream after the ships in the sky as they departed.

It has been nearly two Macro centuries since that day… and I continued to have visions throughout my life, seeing the past and the future alike. Now, I find my lights dim as I sit atop a rusted chair and reminisce about better days… About a time when I wasn’t weighed down by my curse; when I thought it a gift.